Brothers from Ashlar Lodge No. 98 Visit a Lodge in Jamaica

May 2016:
​
SAVANNAH LA MAR, JAMAICA—Four members of Ashlar Lodge No. 98 in St. Augustine visited Hope Lodge No. 2813 in Savannah La Mar, Jamaica, on Thursday, May 4 where they witnessed a Third or Master Mason Degree done under Grand Lodge of England ritual.

M.W. Robert Harry, R.W. Dwight Wilkes, W. Jim Davis, and Bro. Oscar Patterson made the trip.  They were hosted by Bro. David Pierucci, Secretary of Ashlar Lodge No. 98, who is a regular visiting associate of Hope Lodge and has a home in Jamaica.

Lodge began about 6:30 p.m. with cocktails and light ordure’s in the first floor dining area.  Lodge proper opened at 7:20 p.m. in the Entered Apprentice Degree with a formal processinal. Under UGLE all labor is conducted in the E.A. degree except for Degree work and special activities.  Lodge attendance that night was more than 40 with some Brothers traveling more than four hours to attend.  And some, specifically the contingent from Ashlar, traveling much further.

Lodges under UGLE and other jurisdictions are more formal than most U.S. Lodges with black suit, black tie, black shoes, and white shirt required, even in Jamaica.  Hope Lodge’s dining area is not climate controlled and the air-conditioning in the Lodge Room proper is minimal by U.S. standards.

The Brother Fellow Craft was readmitted to the Lodge and Raised in Due and Ancient Form.  All of the Degree except for the Lecture, was done by the dim light of the Three Lesser Lights placed at the stations of the Worshipful Master, the Senior Warden, and the Junior Warden.  In UGLE Lodges, the altar and Volume of Sacred Law are immediately in front of the Worshipful Master with the Bible facing rather than away from him.

The ceremony was led by the Master of Ceremonies who is a past Master and serves as both Lodge Instructor and Director of Work.

At the conclusion of the Degree, the new Master Mason was seated beside the Senior Deacon and the Lodge stepped down successively to the Entered Apprentice Degree.  With that accomplished, regular Lodge business was conducted to include the reading of the minutes, petitions for memberships, and the names and deeds of those who had been suspended or expelled from the Fraternity.  The Charity box was then passed by the Senior Deacon and all present contributed as best their ability permitted which, based on a quick observation of the box, was most generous.

After the Degree, regular business, and recessional, the Brothers removed themselves to the first-floor dining area where they toasted the Queen, Country, Grand Lodges of England, Ireland, Scotland, the new Master Mason, and visitors.  The meal concluded about midnight.

During the newly Raised Master Mason’s movement through the degrees, he wrote and presented papers in open Lodge and during the meal after his Third Degree, he read a short paper and gave a toast.

Attendance at a Lodge under the jurisdiction of a recognized Grand Lodge outside the U.S. is an amazing experience and teaches us that though there are differences, we are all part of a world-wide Fraternity with an international reputation for morality, charity, and sound education. 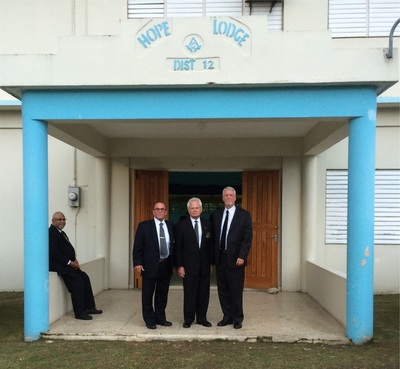 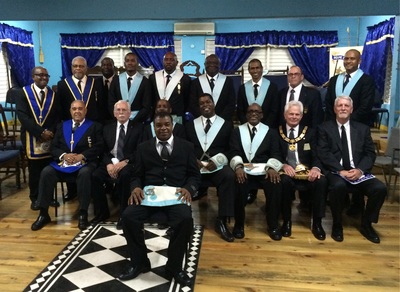 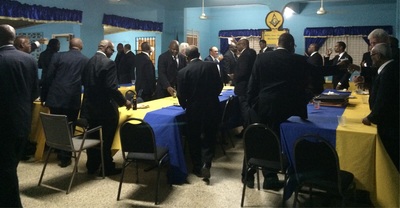 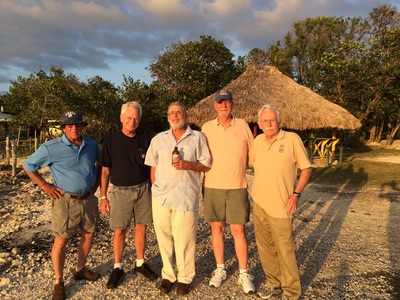