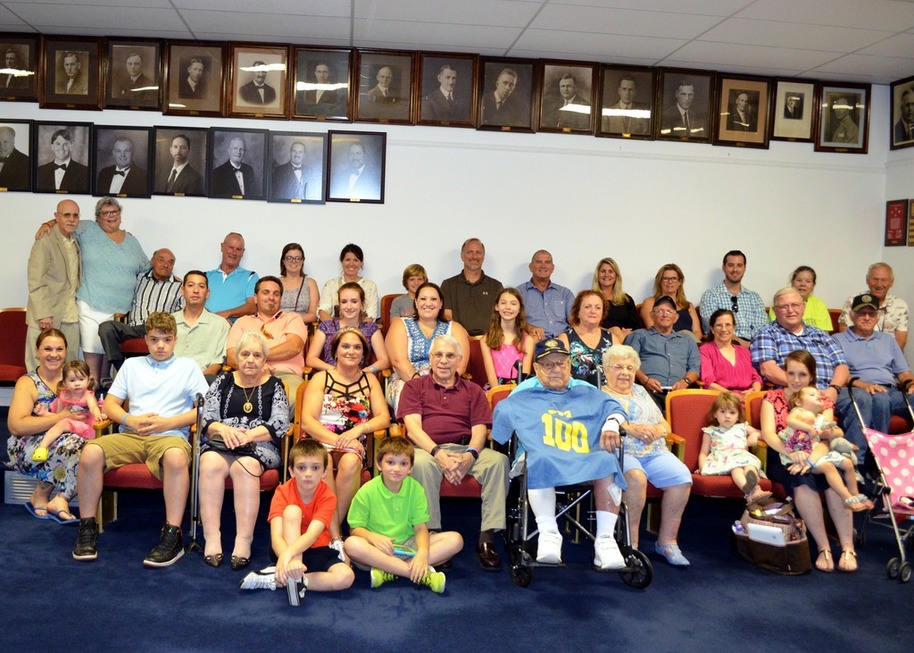 August 2016:
​Bro. William Tatel, a 60+ year member of Ashlar Lodge No. 98 and a World War II Veteran who served with Gen. George Patton in North Africa, Sicily, Italy, and Europe and sho is the oldest World War II veteran in St. Johns County as well as possibly the sole surviving member of Patton’s World War II staff celebrated his 100th birthday on August 5, 2016.

A birthday celebration in his honor was held on Sunday, August 7, at Ashlar Lodge No. 98. More than 80 family members, friends, and Lodge members attended. Tatel received greetings not only from those in attendance, but also from President Obama, Governor Scott, Senator Nelson, and other officials in recognition of his longevity and military service.

Bro. Tatel served with the 7th Army Western Task Force for three years and participated in the invasions of North Africa, Sicily, Rome-Arno, and Southern France. He also participated in the Rhineland Campaign. He received the Purple Heart and other military awards.

Bro. Bill graduated from college in 1938 and was drafted early in 1941. After initial training, he attended Officer’s Candidate school and received a commission in the Transportation Corps. Upon graduation, 2nd LT Tatel was entitled to a 10-day leave, but instead received embarkation orders and left for North Africa. At about 100 pounds and loaded with a backpack and Thompson sub machine gun, he waded through the African surf eventually camping in Casablanca.

His first assignment in Africa was to carry messages for Patton’s army regarding troop movements. When Patton arrived in Palermo Sicily, Tatel was order to “open the streets and department stores.” Working with just a few men, trucks, and local residents, he accomplished the mission in five days highlighted by the reopening of the famed Palermo Opera House. A plaque dedicated to Tatel is located on the wall at the opera house.
​
Bro. Bill is married to his childhood sweetheart, Phyllis. They lived across the street from each other as children and have been together for more than 90 years. Bill and Phyllis Intended to marry immediately after he completed OCS, but the war intervened. They finally on VE Day in 1945. They have been married 71 years.

Bro. Bill was honorably discharged from the U.S. Army as a Captain, a rank he attained as the result of promotion awarded by Gen. Patton. 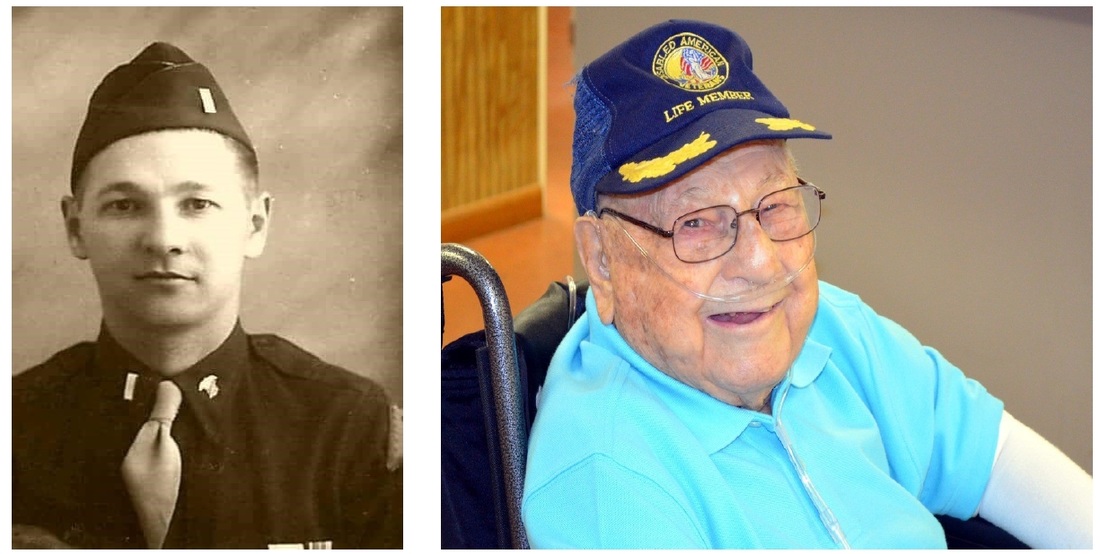